You are here: Home / Blog / New Evidence Against Artificial Sweeteners

For years I have been advising patients to steer clear of artificial sweeteners.

Mostly because back in the day when sweet-n-low was the only one on the market if you read the fine print on the packet there was a warning about saccharin (the active ingredient in sweet-n-low) having potential to cause cancer in laboratory animals.

I figured if the manufacturer was required to tell us that (I’m sure they wouldn’t have told us unless they were required) then there was a fair likelihood that it would have the same effect in humans, but since they would never be able to recruit any humans for such a study, we would never see such a warning regarding similar effects in humans.

I later began to read about studies that showed, that because artificial sweeteners were several times sweeter than sugar, they actually caused those who used them to crave more sugar. Having gotten accustomed to the highly sweet taste, dieters who used them often had efforts to curb their sweet tooth sabotaged by the sugar impostors.

Many in the scientific community might say that my reasons for advising patients to steer clear of the little pink, yellow and blue packets on restaurant tables were anecdotal at best, but alas, scientific evidence is starting to emerge that supports my underlying hypothesis albeit through a surprising mechanism.

In a recent study researchers were able to show that consumption of non-caloric artificial sweeteners increased the risk of development of diabetes, and that the increase in risk, was determined by changes in the composition and function of the intestinal bacteria.

That’s right, the substances in those little colored packets that masquerade as sweetness without gilt, are actually changing the make-up of the helpful little critters that live in your intestines. Researchers found that consumption of non-caloric artificial sweeteners caused an imbalance in gut bacteria causing a condition known as dysbiosis. This condition has been shown to be associated with development of diabetes in humans.

In addition, they were able to show that this dysbiosis was present independent of whether the person was obese or lean. In other words even if you didn’t have one of the largest known risk factors for diabetes, obesity, but you consumed artificial sweeteners it would change the make-up of bacteria in your gut and make you more susceptible to developing diabetes.

Now the actual metabolic processes that take place in the body are much more complicated than I’ve explained here. In fact there are other factors such as underlying genetic susceptibility and other potential environmental factors, that ultimately affects whether or not a particular individual will go on to develop diabetes. However, I think we would all agree that adding one more avoidable risk factor is not wise.

I have found in my own personal experience as a self proclaimed sugar-holic that when I eat fresh whole unprocessed food that I prepare at home, my desire for sugar disappears.

My advice? Steer clear of eating anything processed. To borrow a quote from Michael Pollan: “Eat food, not too much, mostly plants”.

Try it and you will be rewarded with good health. 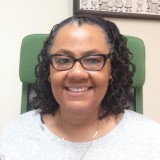 Phyllis Young graduated from CUNY Lehman College in Bronx, NY in 1982 with a dual B.S. degree in Anthropology and Biology. In 1988 she earned a second B.S. in Physician Assistant Studies from The City College of New York, Sophie Davis School of Biomedical Education and subsequently completed a year long internship in General and Special Surgery at Montefiore Medical Center in Bronx, NY. Over the past 26 years she has worked as a Physician Assistant in a variety of clinical settings including Cardiac Surgery, Cardiology, Internal Medicine, Family Practice, Emergency Medicine and Functional Medicine.

Get the latest news, events and announcements straight to your inbox.